We Take a Great Amount of Pride in What We Do

The 124th New York seeks to portray the Union infantry volunteer of the Army of the Potomac as he appeared at the mid-war. Our membership follows a list of authenticity standards. New recruits must enter the ranks as a private, as experience is gained one may move up the rank structure. The 124th New York is open and willing to accommodate most military and civilian impressions. 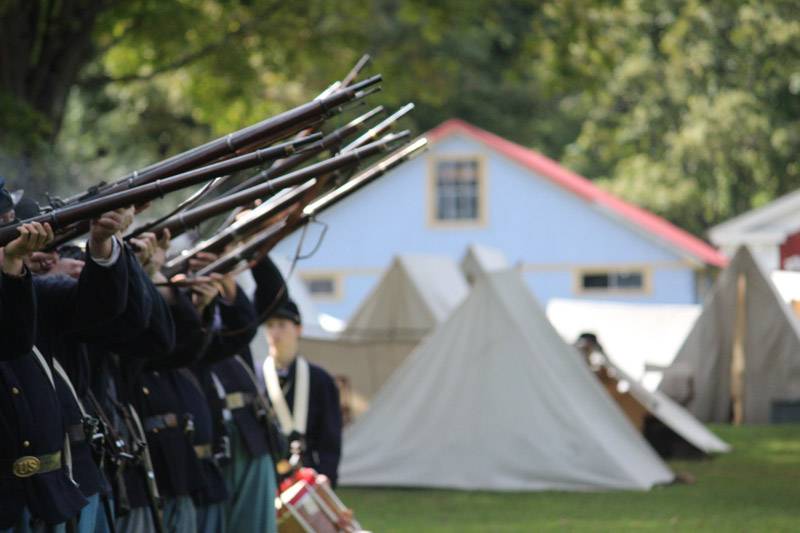 The group has its monthly meeting on the second Tuesday of each month at The Orange County Farmers Museum in Montgomery; meetings start at 7PM

Become a member of the 124th New York State Volunteers

The 124th New York was formed in Orange County, NY in July and August 1862 in response to President Abraham Lincoln’s call for 300,000 three-year volunteers. Colonel Augustus Van Horne Ellis, a prominent local citizen from New Windsor, NY was chosen colonel. Ellis was a valuable commodity in the growing volunteer army, as he had prior military experience and had seen the battlefield. Ellis had his eye set on raising a front line fighting regiment and made every effort to ensure the regiment was well trained and disciplined.
The 124th left for the seat of war on September 6, 1862 nearly 1000 strong and arrived in Washington, DC a few days later. There they spent the next seven months learning the ins and outs of drill, guard duty, and soldierly life. Over this time, nearly 300 soldiers were lost due to death, desertion, and discharges.

During the Chancellorsville Campaign in May of 1863, the 124th got their first taste of combat and proved themselves as a fighting regiment. Just prior to the battle, Col. Ellis issued the men orange ribbons to remind them of Orange County, but more importantly to help them identify their dead and wounded on the battlefield. The ribbon would become an iconic symbol of the regiment and help secure them with a new nickname, “The Orange Blossoms.”

From Chancellorsville on, the 124th fought in every major battle the Army of the Potomac participated in. Each took a different, yet costly, toll on the regiment. Only once, in 1864, was the regiment reinforced with new recruits. Upon being mustered out of US service on June 15, 1865, the ultimate debt paid by the 124th was finally seen as only 138 of the original men remained in the ranks. 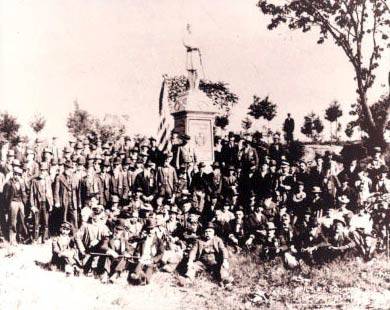 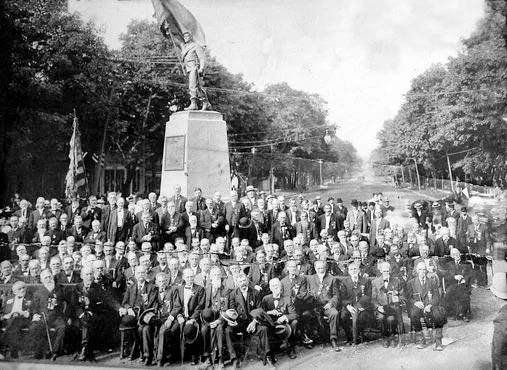